Shaped by repeated volcanic eruptions and seismic activity down through the ages.

The beautiful area around lake Mývatn, should not be missed by travellers heading to the Northern part of Iceland.
"Due to the uniqueness of the area, Mývatn is a nature reserve"

The name of the lake derives from the swarms of midges (very unusual in the mostly insect-free Iceland) of many kinds that are a vital part of the food chain, feeding the various waterbirds that inhabit this area, as well as the trout in its waters.

This is one of the few places in the world that grows Marimo, a moss algae ball that is ranked among the strangest plant communities on Earth.

The lake is drained by the Laxá, one of the best salmon fishing rivers in Iceland.

Due to the uniqueness of the area, Mývatn has been declared a nature reserve. Popular tourist sites are the peculiar lava formations at Dimmuborgir, which have sparked the imagination and fear of the Icelandic people through the ages.

Mývatn Nature baths are the latest attraction in the area. The man-made lagoon is a worthy, but better hidden, competitor to the Blue lagoon in the south. The characteristics of the water are unique in many ways as it containes large amounts of minerals. The water supplies for the lagoon run straight from a bore hole nearby.

Krafla, one of Iceland's most active volcano - don't worry, it's not erupting at the moment - and the bubbling mudpots of the geothermal area of Námaskarð are close by and absolutely worth visiting. Not to mention the impressive Goðafoss, waterfall of the gods, which played an important role in the introduction of Christianity in Iceland. 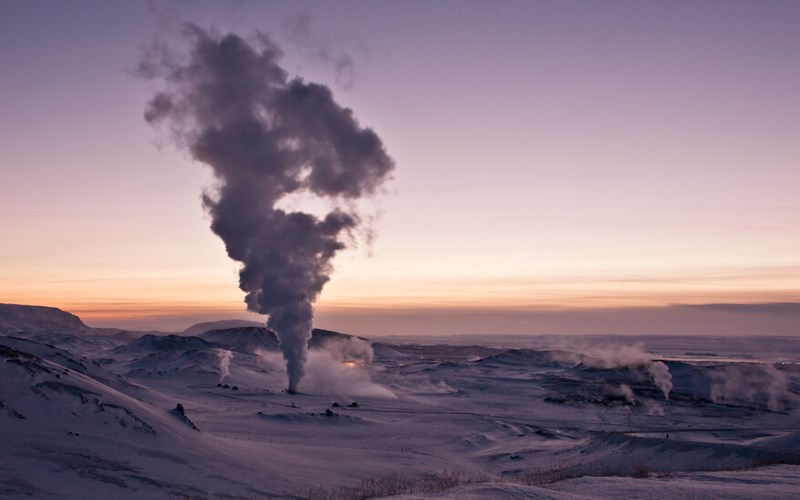 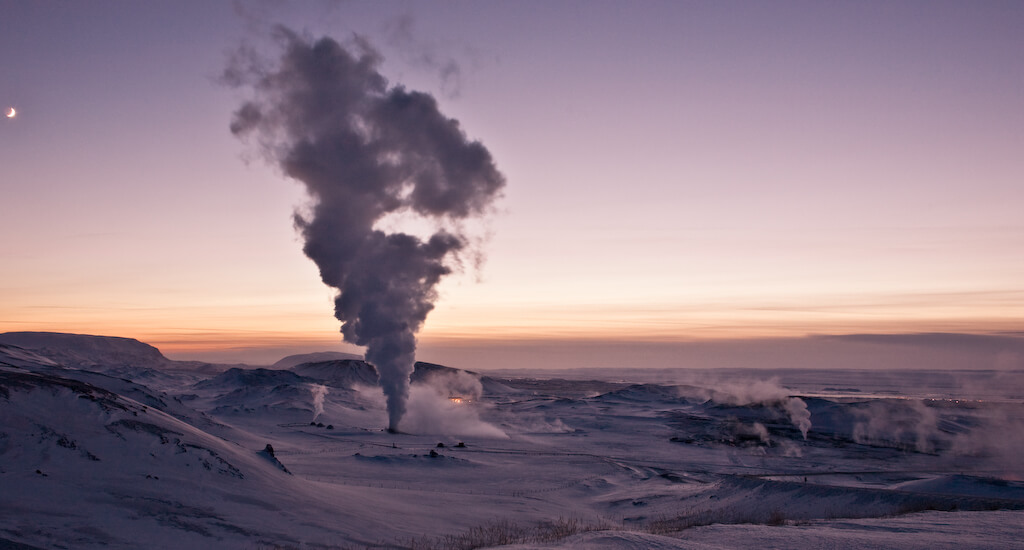 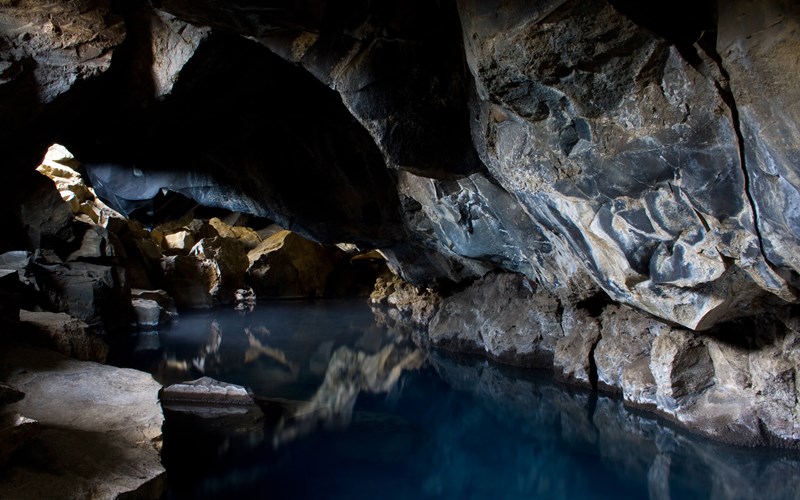 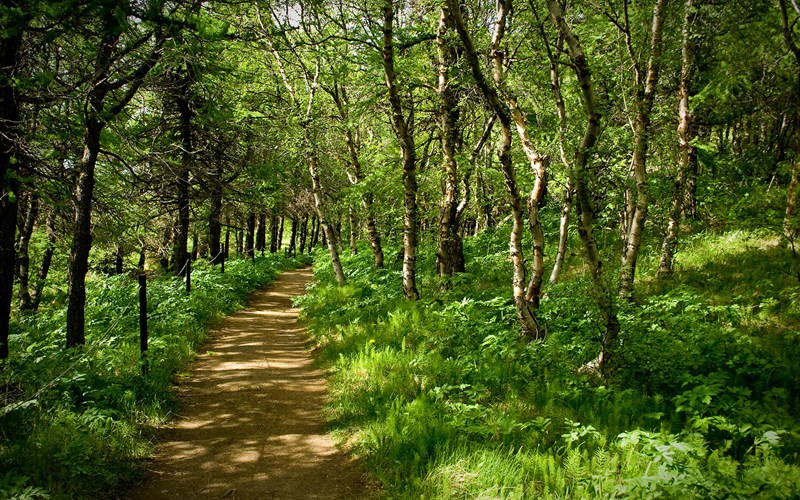 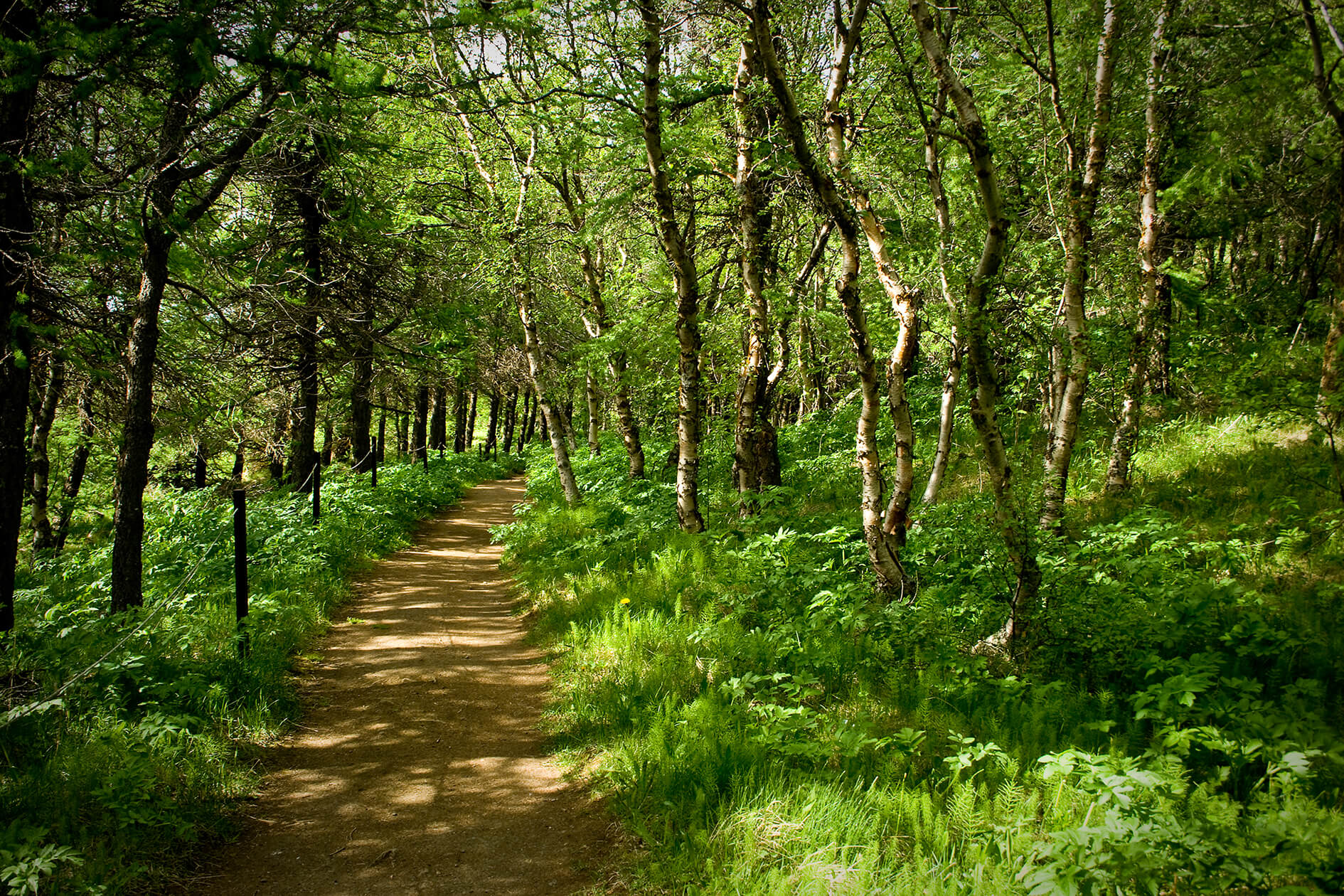 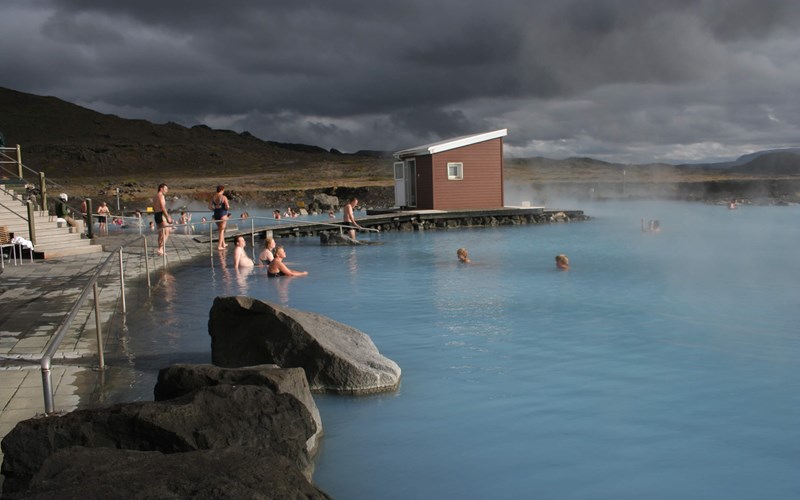 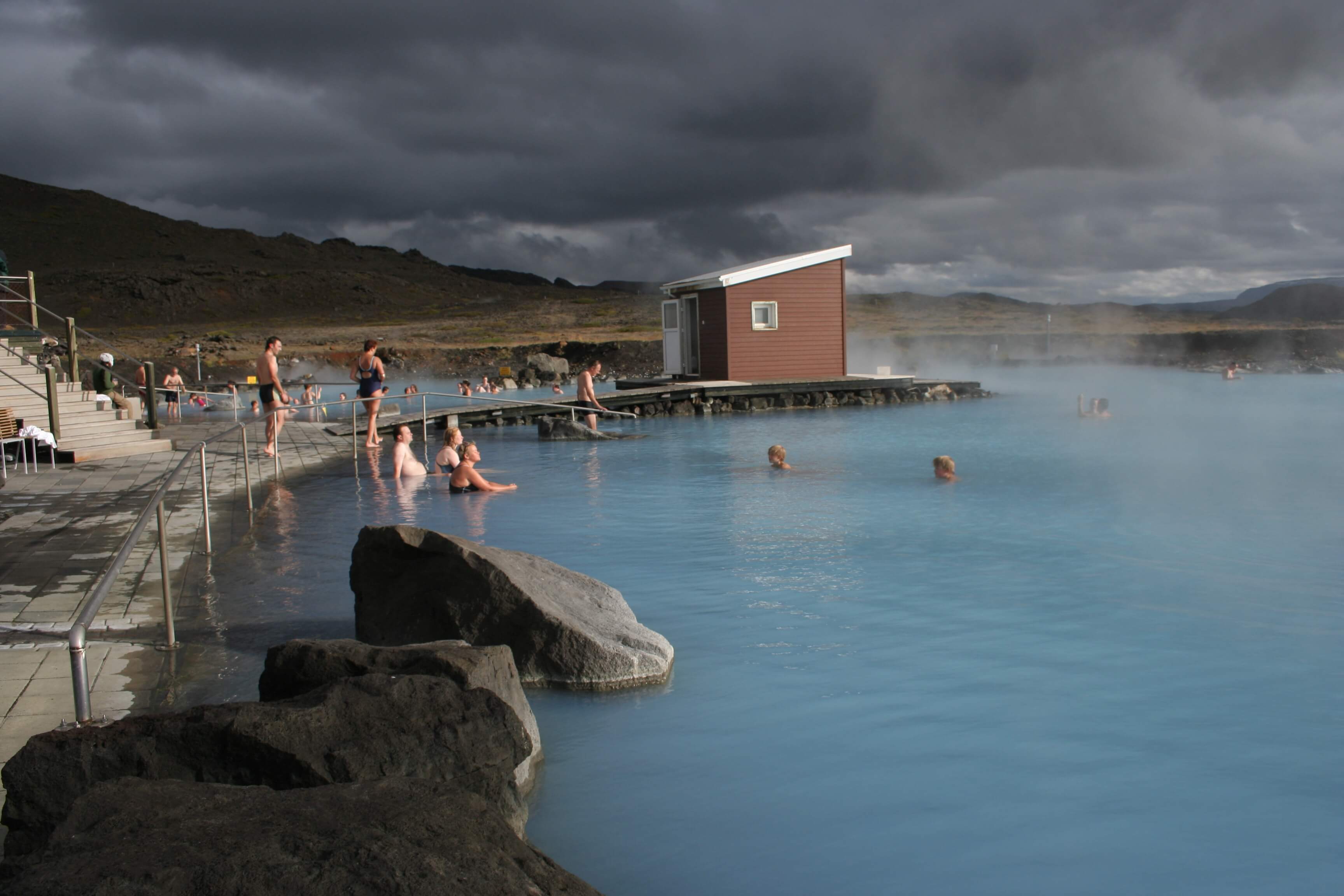